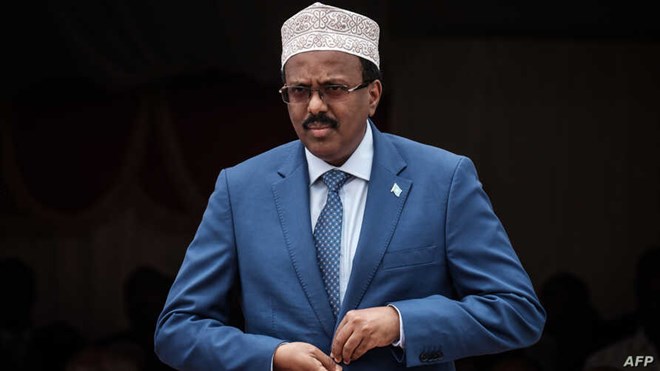 Mogadishu (HOL) – The Council of Presidential Candidates (CPC) has announced that it will not recognize Mohamed Abdullahi Farmajo – Whose mandate expired today – as the legal President of Somalia in a press statement released on the 8th of February.

“Starting from 8th February 2021, the council of opposition candidates does not recognise Farmajo as president. The council will not accept any form of mandate extension through pressure,” the opposition leaders said in a statement issued late Sunday evening.

The council, led by former President Sheikh Sharif Sheikh Ahmed, has firmly rejected any term extension for President Farmajo. The group called for the formation of a Transitional National Council to lead the country to indirect elections. The proposed council would be led by the Speaker of the both Houses of Parliament and comprised of Federal Member State leaders, opposition figures and the civil society. The statement suggested that the Transitional National Council would elect a rotating chairperson from among its members.

In the statement, the CPC cited the President’s failure to implement the 16th of September agreement and his inability to resolve the electoral crisis in the constitutionally allotted timeframe.

The CPC called on President Farmajo, whom they referred to as “outgoing President,” to abide by the constitution and step aside peacefully.

Finally, the Council of Presidential Candidates called on political stakeholders, the international community and the Somali people to support the council’s decision so the nation can move forward with implementing the electoral agreement.

The council warned that it would not support President Farmajo after his mandate expired in a previous press release.

“The Council declares that it will not accept for the country to be ruled by individuals or institutions whose constitutional mandate has ended.”