BERBERA, SOMALILAND—The Ethiopian capital of Addis Ababa is quiet. Whereas a month ago, the Ethiopian Army appeared to be on the brink of defeat, an Iranian, Turkish, and Emirati airlift of drones and ammunition tipped momentum in favor of Prime Minister Abiy Ahmed. But it will be a Pyrrhic victory for the disgraced Nobel Laureate: Widespread reprisals and collective punishment have frayed Ethiopia’s ethnic fiber beyond repair in not only Tigray and Oromia but also among Ethiopia’s other ethnic-based federal states. Simply put, dictators who create concentration camps for ethnic reprisal seldom can claim public adulation.
To maintain power, Abiy must keep Ethiopia in a state of perpetual crisis. Enemies real and imagined will dominate public rhetoric. But the Tigray War highlighted another vulnerability: Ethiopia’s lack of a port. Eritrea’s independence—and its success in a subsequent war with Ethiopia—ended Ethiopia’s outlet to the sea, and so Ethiopia turned to Djibouti, the independent city-state and port. Chinese investment underwrote a railroad and highway project, and today Djibouti handles up to 95 percent of all of Ethiopia’s inbound trade. As fighting expanded beyond Tigray, however, forces disrupted both rail and road links between Addis Ababa and Djibouti.
To correct this and distract his population with a new crisis, Abiy is setting the stage for a claim to Zeyla (Saylac), a sleepy port in northern Somaliland just about seventeen miles from the Djiboutian border. His supporters have begun to cite historic precedent: from the sixteenth to early nineteenth century, Zeyla was the main port serving the Ethiopian city of Harrar and points even further inland. Zeyla is also a focal point of Abiy’s on-again, off-again discussion of creating a new Ethiopian Navy, a military service that makes no sense in an otherwise landlocked country.

While Ethiopia is a continental giant—after Nigeria, it has the largest population in Africa—Somaliland is far smaller in both size and population. Zeyla itself is relatively isolated: The two nearest Somaliland cities—Boroma and Berbera—are 150 and 170 miles, respectively, away over rough terrain. It would take hours, if not days, for Somaliland to muster its forces to repel an Ethiopian invasion. While Ethiopian forces would also face rough and barren terrain, they would only need to drive 160 miles to reach Zeyla.

Compounding Zeyla’s isolation are geopolitics. Somaliland may be among Africa’s most democratic countries, but the republic’s 1991 divorce from Somalia remains unrecognized. Today, alongside Taiwan, it is the world’s most functional unrecognized state, with greater capacity and less corruption than both the Palestinian Authority or Hamas-leadership in Gaza, the Kurdistan Regional Government in northern Iraq, or the Polisario Front’s Sahrawi Arab Democratic Republic based in Algeria. That said, Somaliland’s isolation has taken a toll on its military power, infrastructure, and economy, although it still fares better in these categories than some recognized states in west and central Africa. 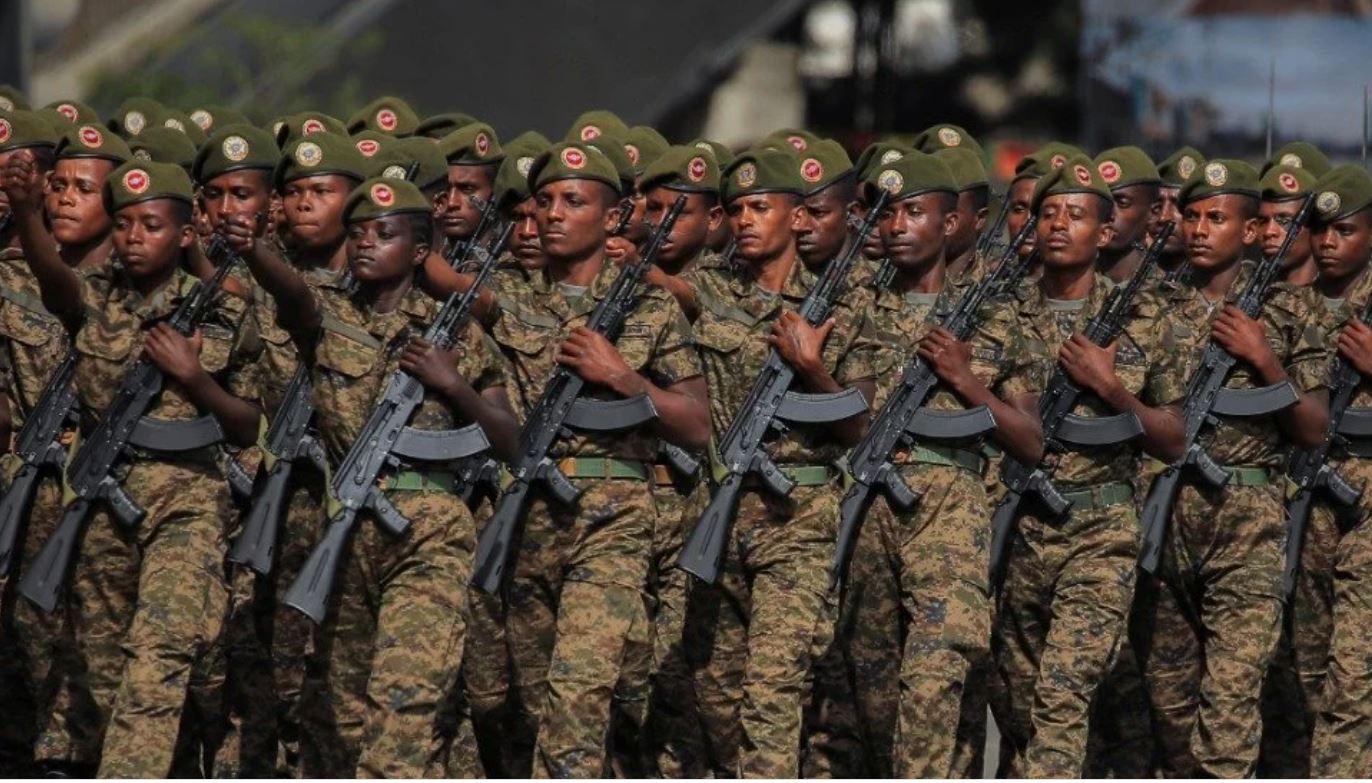 As important as geopolitical factors are alliances. While Abiy, angered at persistent human rights criticisms, has now turned his back on the United States and Europe in favor of autocratic backers like China, Turkey, Eritrea, and Iran, Somaliland has gone the other direction. The United Kingdom, Denmark, and Kenya all have offices in the Somaliland capital Hargeisa, and the European Union is also a frequent presence. Rather than accept bribes from Beijing as many African countries have, Somaliland chose Taiwan because of shared values. Shortly after, the Chinese foreign ministry sent a delegation in order to trade bribes for a policy change, but Somaliland’s elected leadership sent them packing. China is also upset with Somaliland for commercial reasons: The newly-expanded port of Berbera increasingly competes with Djibouti. The United Arab Emirates’ “corridor” road from the port, which travels past a new UAE-funded airport to the Ethiopian border, makes Berbera more attractive. Abiy may calculate that if he makes a move on Zeyla, he will enjoy China’s backing, if not to punish Taiwan than to prop up China’s own investment in Djibouti.

As he often does, Abiy confuses reality with wishful thinking. Djibouti is no stranger to ethnic tensions between Somalis, who rule the country, and Afars. To move on Somaliland would exacerbate those tensions, as Djiboutian Somalis have kin in Somaliland while many Afars have kin in Ethiopia. Any Ethiopian assault on Zeyla would likely reignite insurgency and destabilize Djibouti.

Many in Washington might argue that the United States should have no interest in the Horn of Africa. They are simply wrong. Zeyla and Djibouti sit along the Bab el-Mandab, through which so much of the world’s (and America’s) seaborne trade flows. Empowering a China intent on denying sea lanes to American trade would hurt manufacturers across the United States. What happens in the tiny town of Zeyla will be felt from Somaliland to Shreveport and Djibouti to Denver. Destabilizing Djibouti and Somaliland, the two most stable countries in the Horn of Africa, will also unleash further migration flows in the Middle East and Mediterranean, each of which can destabilize countries and catalyze terror.

However, should the Biden administration choose to be proactive, wise diplomacy can avert the crisis. More than eight months after Secretary of State Antony Blinken appointed Jeffrey Feltman to be his special envoy for the Horn of Africa, Feltman has yet to visit Somaliland. He demurs that he has not had time, never mind that the country’s main international airport is just a forty-five-minute flight from Addis Ababa, or a three-hour flight from Doha or Dubai. Perhaps Blinken—whose Africa strategy omitted mention of China—is embarrassed by the fact that Somaliland has greater moral clarity than many in Washington when it comes to the merits of democracy over dictatorship.

More likely, Feltman does not want to suggest U.S. recognition of Somaliland. This, however, is poor reasoning. First, such a visit would do no such thing. After all, American diplomats visit Taiwan, Syrian Kurdistan, Iraqi Kurdistan, and the Palestinian Authority, all without exaggerating diplomatic meaning. One former national security advisor and three former assistant secretaries of state for Africa, have now all publicly said they regret not giving Somaliland its due; others state the same thing privately. That Blinken’s State Department is prepared to sacrifice American interests to Mogadishu’s concerns suggests something is systematically wrong in Foggy Bottom.

Second, diplomatic sensitivity should not trump an opportunity to avert war. The consequences of Blinken and Feltman’s omission of Somaliland from U.S. diplomacy will have real-world effects if Abiy and Chinese leader Xi Jinping interpret the Biden administration’s neglect as a green light to start a new war of aggression.

A simple visit by Feltman to Zeyla via Hargeisa would switch that green light to red, and reaffirm that the United States recognizes the immutability of Somaliland’s (and Somalia’s) recognized borders. It is time to put diplomacy first.

Michael Rubin is a resident scholar at the American Enterprise Institute, where he specializes in Iran, Turkey, and the broader Middle East. He also regularly teaches classes at sea about Middle East conflicts, culture, terrorism, and the Horn of Africa to deployed U.S. Navy and Marine units. You can follow him on Twitter: @mrubin1971.