If confirmed, it would be the deadliest attack on Britain since four men killed 52 people in suicide bombings on London’s transport system in July 2005.

Police cars, bomb-disposal units and 60 ambulances raced to the scene at Manchester Arena after Monday night’s explosion, which struck outside the venue as concertgoers were leaving.

Police said they are still gathering information and are setting up a telephone hot-line to help people locate loved ones. “So far 22 people have been confirmed dead with around 59 others injured,” Ian Hopkins, Greater Manchester chief constable, said in a statement, adding that those wounded were being treated at six hospitals across Greater Manchester.

“This is currently being treated as a terrorist incident until police know otherwise.”

Police responded to reports of an explosion shortly after 10:35pm (21:35 GMT) at the arena, which has the capacity to hold 21,000 people, where the US singer had been performing to an audience that included many children.

READ MORE: The legacy of the 7/7 London bombings

A video posted on Twitter showed fans screaming and running out of the venue. 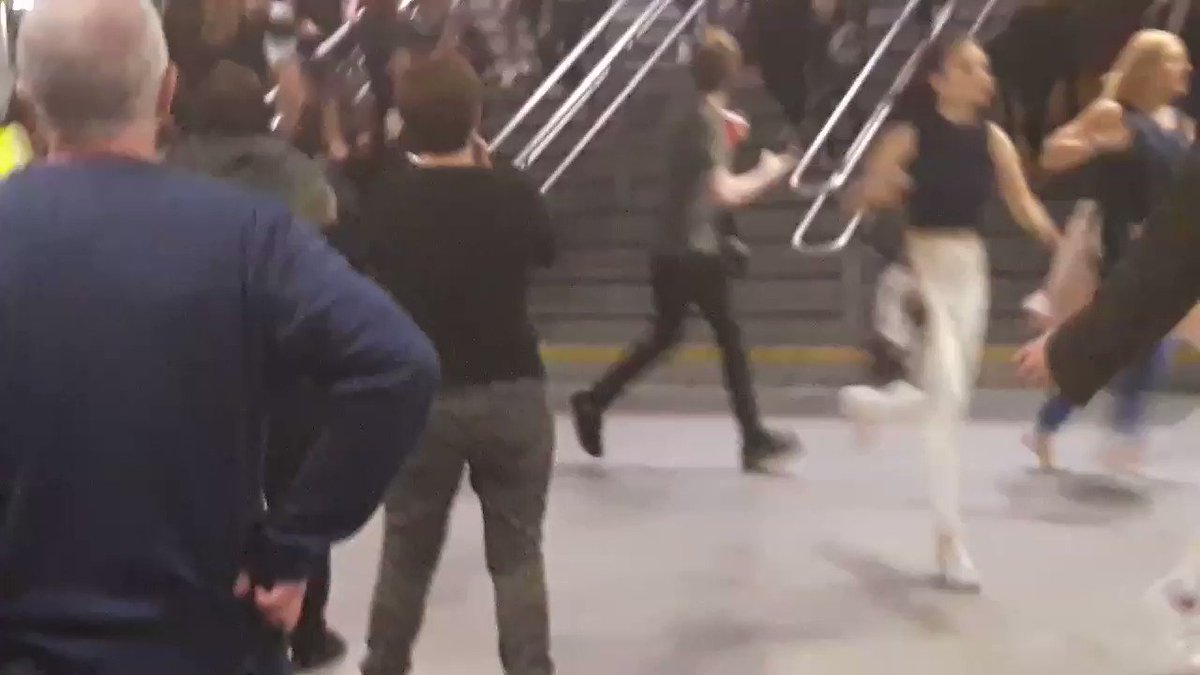 “A huge bomb-like bang went off that hugely panicked everyone and we were all trying to flee the arena,” concert-goer Majid Khan, 22, told Britain’s Press Association.

Catherine Macfarlane told the Reuters news agency the blast hit after the concert was over.

“We were making our way out and when we were right by the door there was a massive explosion and everybody was screaming,” Macfarlane said.

“It was a huge explosion – you could feel it in your chest. It was chaotic. Everybody was running and screaming and just trying to get out.”

“The incident took place outside the venue in a public space,” police said. “Our thoughts and prayers go out to the victims.”

The local ambulance service said on Twitter it had taken 59 casualties from the incident and treated “a number of walking wounded on scene”.

A “precautionary controlled explosion” was carried out near the venue on a package that was believed to be a suspect device, but turned out to be “abandoned clothing, not a suspicious item”.

Manchester Arena, which opened in 1995, is the largest indoor arena in Europe, according to its website.

A spokesman for Ariana Grande’s record label said the singer was “okay”. The concert was part of Grande’s The Dangerous Woman Tour.

Grande tweeted that she was “broken” after the incident.

Paula Robinson, 48, was at the train station next to the arena with her husband when she felt the explosion and saw dozens of teenage girls screaming and running away from the arena.

Robinson took dozens of teenage girls to the nearby Holiday Inn Express hotel and tweeted out her phone number to worried parents telling them to meet her there. She said her phone has not stopped ringing since her tweet.

“Parents were frantic running about trying to get to their children,” she said.

“We are working to establish the full details of what is being treated by the police as an appalling terrorist attack,” May said in a statement.

May will hold a meeting of the country’s top security committee at 9am (08:00 GMT).

Labour leader Jeremy Corbyn commented on Twitter, saying: “Terrible incident in Manchester. My thoughts are with all those affected and our brilliant emergency services.”

The incident comes ahead of a general election, expected to take place on June 8. Reports said the ruling Conservative Party would suspend campaigning.

Nigel Farage, who led the anti-immigration UK Independence Party through Britain’s divisive vote to leave the European Union tweeted: “Horrified at the bombing in Manchester. No doubt we will find out who the perpetrator is soon.”